The incredible shrinking pound and your savings 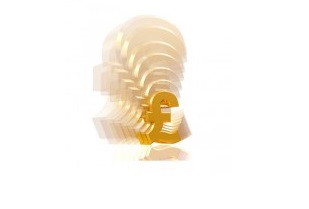 It is now widely predicted that the Bank of England will raise the base rate sooner rather than later. Inflation is on the increase and the base rate can’t remain this low for ever, can it?

When Japan reduced its base rate to 0.5% in 1995 nobody expected it to remain at that level or under for the next 16 years, but there it is today at under 0.1%. I’m not saying that our economy is heading the way of Japan’s, just pointing out that the unexpected can and does happen. After all, how many people truly foresaw the banking crisis?

Inflation and the base rate have led us all on a merry dance over the years. In 1980 the base rate reached 17% and inflation peaked at 21%. During July and August 1982 the base rate was being adjusted twice a week in an attempt to meet the economic demands of the moment. In 1990 the base rate rose to 14.88% while inflation stayed below it at 10.9%. The current situation of a base rate being 4.6% below RPI is extreme, but by no means unprecedented.

Economies are unpredictable and the measures taken by central banks to manage them can sometimes be extreme and motivated by very specific reasons, such as the decision to reduce the base rate to 0.5% in the wake of the banking crisis. The impacts, however, are wide reaching and directly affect the income and cost of living for households.

No choice but to suffer

In a recent press conference, Mervyn King, the Governor of the Bank of England acknowledged that “The vast majority of people are in no way responsible for the financial crisis and downturn in output, yet they are suffering a squeeze on real living standards for which the current rate of inflation is the obvious symptom”.

“I’m afraid I do not see any way out of that – it’s the consequence of the financial crisis and the need to rebalance the economy”.

Andrew Sentance of the Bank of England’s Monetary Policy Committee thinks that interest rates have been too low for too long.  In a speech at the Institute for Economic Affairs he criticised monetary policy for allowing the pound to fall in value by 25% between 2007 and 2009, thus making imports more expensive and fuelling inflation.

He concluded his speech saying  “By raising interest rates sooner rather than later to help offset global inflationary pressures, the MPC can help reassure the financial markets and the great British public  that we remain true to our inflation target remit and are not intent on ‘Selling England by the Pound’”

If this process of currency devaluation and inflation seems familiar that’s because it is the standard response to an economic crisis. The result is that in the end, it is always households that pay for it. The ones that pay the most are those with savings and those, like many pensioners, who are on fixed incomes.

Milton Friedman is often quoted as saying “Inflation is taxation without legislation” and this is exactly what savers are now experiencing. The message is stark if you don’t spend your savings, when times are tough, they will be robbed of any value.

The primary issue isn’t the interest rate you receive; it is the real rate of return you are getting on your savings. Take a savings account that paid 1.5% interest last year, subtract from that the current rate of inflation, RPI at 5.1%, and we get minus 3.6%. This means that each £100 in that savings account now only has the same buying power that £96.40 did at the beginning of the year. Over time that loss of spending power builds up but the insidious fact is that whilst your savings are increasing in amount, they are in fact decreasing in value.

Whilst economies, base rates and inflation change over time the need for people to save for their retirement does not.

Economic cycles will be with us forever and Governments and economies can ride them out. Individual savers can’t though, which is why the Government must make inflation linked savings products such as the NS&I index-linked bonds available again for all savers.

The truth is that unless savers are able to get a real rate of return, they will be cheated out of the true value of their savings so that the Government of the day can prop up the economy.