Sharing the risk gives savers a share of the profits 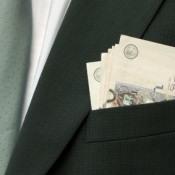 “Jill-T” wants to borrow enough to be able to afford a 2nd hand car; nothing fancy, she says, just a couple of grand for a robust little runner will suffice to take her to work and back (and one that won’t fail to start on dark freezing mornings).

Getting her hands on the cash, though, has proved a real struggle.

The banks have so far shunned her on account of missing a couple of credit card payments in the past 18 months.

Ditto the building society who frowned upon her request for extra cash after finding her credit record was ‘not sparkling enough’.

So who has she turned to for the cash? Extraordinarily, it’s Britain’s savers.

Disgruntled at risible rates for easy access savings (barely 2.99% at the very top end and fixed accounts (hardly nudging 4.5%), growing numbers of savers are deciding on a better home for their cash – social lending sites.

This phenomenon has been bubbling below the surface for five years but, during the past six months or so, a rash of new entrants to the market has emerged to take advantage of deeply dissatisfied savers facing the possibility of many more months of Bank of England base rate at 0.5%.

Since the summer an astonishing near-£8million has poured into such sites including Zopa – the most high-profile operator – but increasingly into FundingCircle, Ratesetter, Yes-Secure and Quakle.

So instead of putting their trust in feeble returns from a deposit account, with all its safety nets in tow (£85,000 from 31 December 2010), hundreds of thousands of savers are now willing to lend their cash to unknown individuals and small businesses.

Known as ‘peer-to-peer’ lending, savers offer their cash – or a part of it, at least – to credit-checked online strangers at an interest rate that they choose themselves. Crucially, savers can converse online with borrowers who can send messages, explain why they want to borrow and even post detailed breakdowns of bank statements as proof of genuine financial need.

The rates you can pick from tend to start from about 6.5% – the rate roughly needed today to beat inflation and tax – and rocket to roughly 27% (Yes, you read that right.)

Of course, these rates depend on the type of borrower ‘risk’ you’re prepared to accept – in most cases, they’re ranked from A* (a decent low risk) to E (increasingly unreliable, much-higher risk).

You don’t need to proffer all your savings either: you can hand over a minimum of £10 of your savings to as much as £25,000 if you wish.

All that’s left to do is decide how long you want to lend your money, (usually for up to five years) and find a ‘match’ for your money.

Either the website will instantly find borrowers happy to take your cash at your preferred rate or you’ll have to wait for an ‘auction’ of your rate, and see if an individual borrower is happy to take the money at your chosen rate.

To limit the risk to your cash, it should be stressed that – unless you deliberately pick just one individual – your cash is divvied up across a large number of different borrowers who all agree to your terms and conditions.

By doing this, any losses from borrowers defaulting can at least be curbed.

So is this the new face of saving in the UK – ‘social saving’?

Nearly half a million users of these peer-to-peer sites would appear to think so.

Yet from even the most cursory glance, it’s an utterly different kind of risk to your savings compared to a bank or building society as there’s no protection from the UK Financial Services Compensation Scheme, and – in worst-case scenarios – you could lose all your cash if the peer-to-peer site collapsed.

You’ve even to pay an annual fee to lend your savings – about 1% usually – and undergo money-laundering tests.

The men and women running the peer-to-peer sites point to two key appeals for savers: despite the risks and default rates of as little as 0.1% but running as high as 3%, the rates of return on your savings are mouth-watering.

And second, perhaps more importantly, the cash is helping other people – and not the banks who have, in many cases, done little to help individuals and small businesses ease their way through the recessionary fallout.

This, it seems, chimes very loudly with many of the savers happy to put their cash on the lending table.

Being able to socially interact online with their potential borrowers helps to ease fears of lending to strangers as well as providing some evidence of identity (though it’s by no means fool-proof).

Many will find this an extraordinary state of affairs and consider it an inappropriate use of savings but I don’t share their view.

As long as savers read the Ts and Cs, understand the risks, diversify their assets and spread the risk among other classes such as bonds and plain cash savings, it stands as a bona fide alternative for those truly dismayed at the current state of savings in the UK.

Jilly-T was one of those who benefited from this new strand of social saving – she managed to get her £2,200 at what looked to be a very reasonable 12.5% over three years.

Being able to get the money will allow her to reliably turn up for work, earn decent cash again and – after paying down the debt – hopefully allow her to start saving again.

If that isn’t a virtuous savings circle, I don’t know what is.

Sam Dunn is a freelance journalist