If the Bank of England won’t support savers, then the Government must! 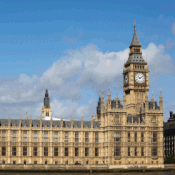 The more we borrowed the more successful they were. So in order to maintain this success they made it easier and more tempting for us to borrow. In any case saving just didn’t seem to fit in the multi-media, online, instant access web-enabled world of the new millennia.

The Government and Bank of England knew exactly what was going on: the national measure of the level of saving in the UK, the Household Savings Ratio, had fallen to under half of what it was in the 1990’s. By 2005, the Griffiths Commission reported that 3 million people were suffering under a heavy burden of debt and another 12 million people were, at times, experiencing difficulty in making repayments. But the policy makers were also being “instantly gratified” by a booming economy; they must have known it couldn’t go on, but there’s no votes in being a party pooper.

If the noughties was the decade when saving stopped being a virtue, 2009 was the year that savers were finally hung out to dry.

By March 2009 the Bank of England had reduced the base rate down to 0.5%. This was a fundamental part of its response to the financial crisis. It may well have been the right response for the economy as a whole, but it certainly wasn’t the right decision for anybody who was relying on their savings for income.

The headline interest rates available to savers tumbled and behind the scenes the situation was far worse and rates on the majority of accounts sunk to almost nothing, that’s if they weren’t there already.  Recently, Which? reported that practically two thirds of accounts available six years ago are now paying interest of 0.1% or less, the majority of the remaining third were under 0.5%. The Bank of England tells us that the average instant access account is now paying 0.23% and the average ISA 0.4%.

Exactly how much of the UK’s £1.1 trillion of savings are in accounts paying these low rates is unknown, but with the increasing trend amongst banks to lure people in with bonus rates that expire after one year leaving a miniscule rate, I suspect the proportion is vast. Is it any wonder that banks are able to pay such massive bonuses with saver’s money so cheap?

Savers who have had two years of being robbed through low interest rates are now also being robbed through high inflation and still the Government has not lifted a finger to help. The Government would probably claim they can’t afford it yet we are paying annual interest of £43 billion on the £900 billion of national debt. That £43 billion in interest is being paid out of our taxes to the Government’s creditors whilst there are savers in the UK who  have seen the interest on their savings account reduced to less than 1% this doesn’t seem to make economic or moral sense.

It works out at an average rate of slightly less than 5%. What would be wrong with paying that money to UK savers instead? Any UK saver would be very pleased with a return of 5% and it would give them greater confidence to spend and help boost the economy. It would also provide some competition and force the banks to up their game. Rather than introduce a bank Levy and complaining about bonuses, the Government should provide the competition to force the banks to pay a fair price for the capital they profit out of.

Earlier this month, Mervyn King, Governor of the Bank of England said “I sympathise completely with savers and those who behaved prudently who now find themselves among the biggest losers from this crisis. But a return to economic stability from our fragile condition will require careful and well-judged steps looking beyond the next few months.”

By which he means that he does not think that they should rush to increase the base rate. If the Bank of England is not going to bring any relief to savers then the Government must find another way of doing so. Because in the end the path to financial stability is through saving and the sooner we start the better.